The core mission of the Institute of Pharmacovigilance (IPV), a not-for-profit NGO, is to develop and deliver the Global Pharmacovigilance Professional Certification (GPPC) in partnership with, and under the supervision of ISoP. The purpose of this article is to describe the steps followed during the process from the definition of the competency standards to launching on-line certification in specific countries.

The objective of the pilot implementation is to deliver the GPPC for Qualified Persons in Pharmacovigilance (QPPV) or similar roles intended to staff working for Market Authorisation Holders (MAHs) in selected countries.

The GPPC programme builds upon the work of the Special Interest Group on PV Professional Qualification Framework which delivered ISoP’s Pharmacovigilance Career Framework Guideline. This document identifies over 70 roles matching jobs and positions which exist today. 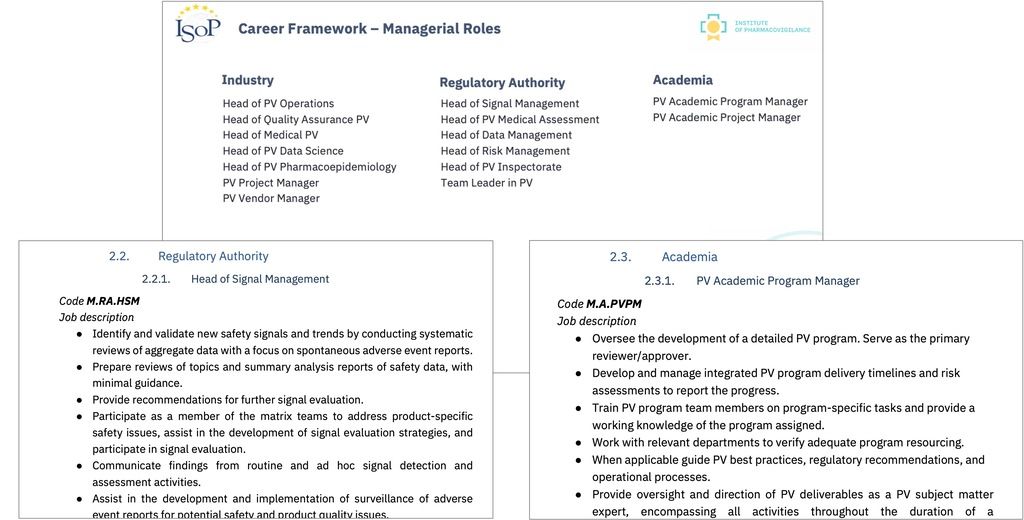 The role of QPPV was identified as the most suitable model for establishing a competency standard applicable to any person intending to work in this role. The Competency Standard is divided into three categories: theoretical knowledge, practical skills, and attitude. While establishing individual categories of knowledge, the focus was on adhering to relevant existing sources of PV knowledge, such as CIOMS and ICH Guidelines, as well as EU GVP. 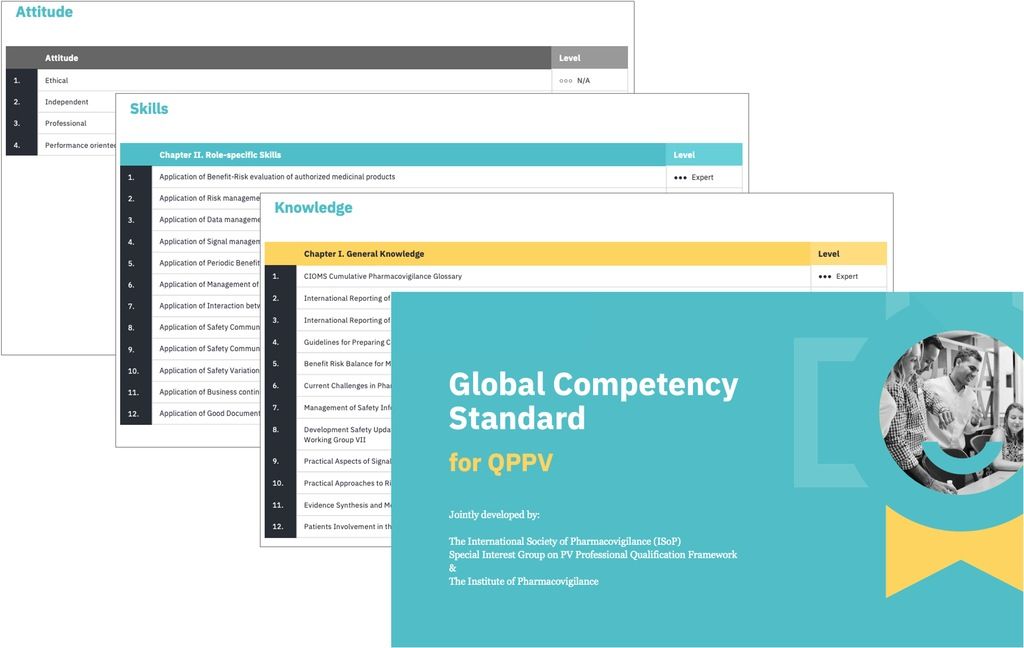 Apart from the identification of a specific area of knowledge or specific skills, the required level has also been assessed on a four-level scale: Non-Applicable (0), Basic (1), Intermediate (2) and Expert (3).

Comparing the requirements from the EU, China, Indonesia and Middle East argued in favour of defining a Core Competency Standard relevant for all regions, adding a Region/Country-specific component to include the relevant local regulatory knowledge collected using the PVReg system.

Once the desired knowledge had been identified, selected reference documents were used to create a set of multiple-choice questions (MCQs) serving as testing items at different levels of difficulty.

Subject Matter Experts (SMEs) selected in a way to cover the relevant range of knowledge at the Expert level were appointed to create sets of MCQs. So far, those SMEs have produced over 2,000 items according to a pre-defined methodology. Subsequently, MCQs items are to be reviewed and controlled for quality by an MCQ Review Task Force composed of SMEs appointed by IPV, then finally approval on by the GPPC Supervision Task Force appointed by ISoP’s Scientific Board which oversights the whole process. At the term of this process, MCQs may be used for certification exam.

Implementation at the Region or Country level will be supported by GPPC Examination Boards composed exclusively of ISoP Chapter members approved in this role by ISoP’s Scientific Board.

The Competency standard and set of MCQs to be used for the GPPC for the QPPV role are pending feedback, then approval by ISoP. The plan is to launch this certification globally from early 2023, with country-specific modules depending upon the completion of the PVReg profiling.

Considering the nature of the GPPC project as well as its PVReg component aimed at characterising the PV-relevant regulatory component, collaboration with National Regulatory Authorities is essential. IPV and ISoP are seeking for the establishment of such collaboration.

The Use of Artificial Intelligence in Pharmacovigilance

After working in the pharma industry sector for more than two decades based in Asia, Jean-Christophe Delumeau (MD, PhD, FISoP), joined our Institute as a Board Director.  It is our pleasure to welcome Jean-Christophe to our team and share details on his background and engagement within the Institute.

Get in touch with us!

Use this opportunity to contact us directly by sending your message via the form on the right.

Thank you for your message. We will contact you as soon as we can. Have a nice day!